Ethereum VS NEO: Which Platform Will Win? 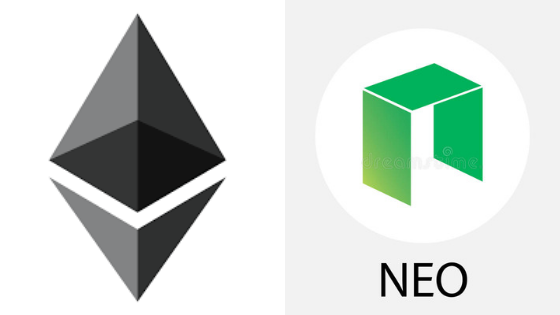 Is NEO the “Ethereum of China”? That’s a question you’ve probably already heard somewhere. We already know that Ethereum is a famous open-source, public, blockchain-based platform created by Vitalik Buterin. On the other hand we have a relatively new blockchain project called NEO.

Here at Airdrop Alert we’ve already written about different blockchains such as EOS, Ethereum and NEO. Now it’s the time to compare Ethereum and NEO. So the question is “What’s the difference between these two blockchain projects?“ Let’s first find out how they’re similar.

What do they have in common?

First of all, both Ethereum and NEO are blockchain projects. They are decentralized and designed to host smart contracts, ICOs and Dapps. Also, both projects are open-source and Turing complete. Ethereum and NEO host ICOs on their platforms.

Both Ethereum and NEO are platforms where you can participate in airdrops. Ethereum is probably the most popular platform for crypto airdrops, with over 80% of total airdrops so far happening on Ethereum. If you’re ready to participate in an airdrop, don’t forget to install Metamask, the plugin that brings Ethereum to your wallet. NEO is also popular for airdrops and among others you can collect NEP5 token airdrops.

How do Ethereum and NEO differ?

If you want to do programming on Ethereum, you’ll have to use programming language called Solidity. The problem here is that very few people are familiar with this language.

On the other hand, NEO provides a framework for several programming languages, such as C#, Java, Python, which makes it more appealing to a lot of different developers.

Difference #3: NEO focuses on smart economy, Ethereum not so much.

Difference #4: Ethereum is more popular and recognizable compared to NEO.

We think that it’s probably better to say that NEO has its own crown. We should’t forget that NEO managed to fix some flaws that made Ethereum vulnerable to hacking attacks. Despite being different in some areas, we can say that their visions and goals are complementary to each other.