What is EOS? Key features explained 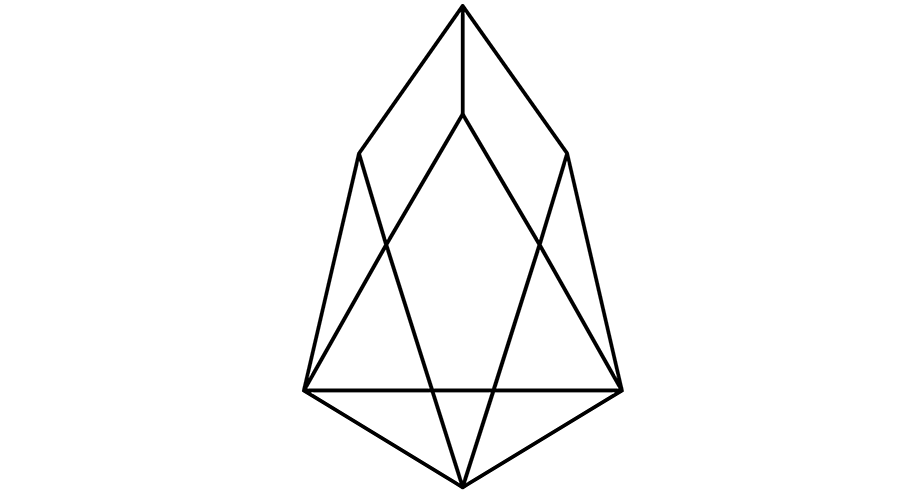 EOS is one the most popular cryptocurrencies, even called the ”Ethereum killer” by many. Take a look at this impressive chart below: 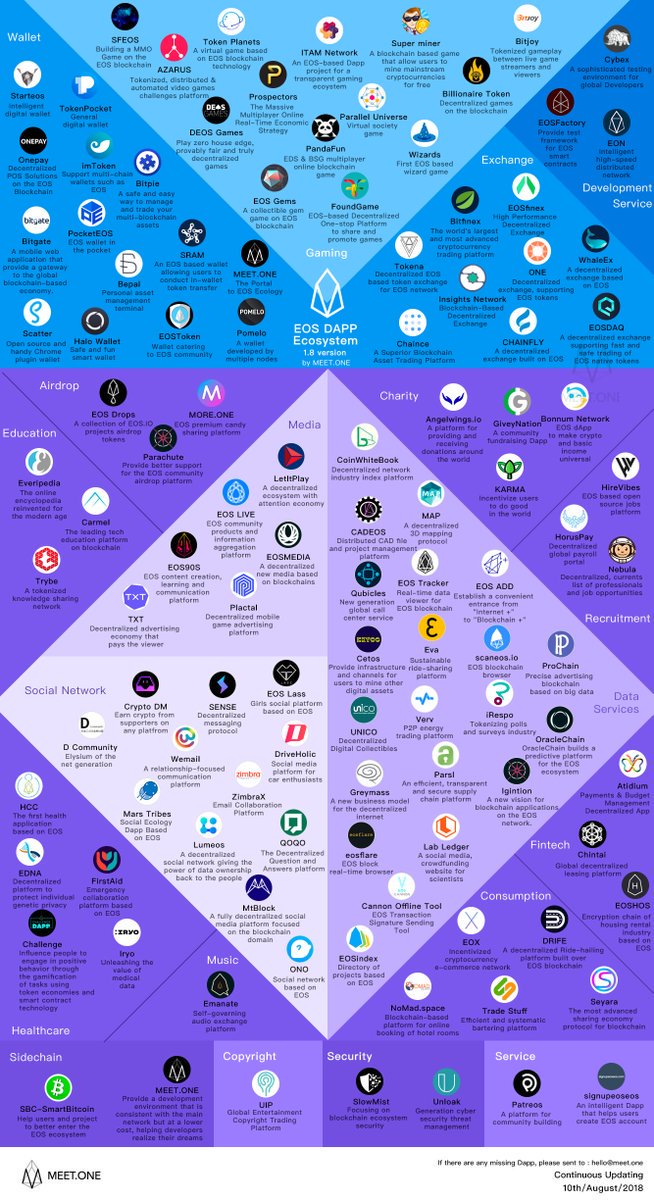 As we’ve predicted in the blog on the influx of EOS airdrops, over the past year, Block.One, the company behind the creation of EOS, has proved to be a feasible solution for developers to launch their products. There are now more than 200 DApps being built on the EOS blockchain. Meaning, there will be airdrops on this DApp ecosystem.

But what is EOS? Let’s dig into that while waiting for the airdrops!

Actually, there is no full form that would explain that somewhat cosmic three-letter name, the name you really could call an alien.

It’s simply EOS, the blockchain ecosystem with the most popular DApps built on it.

So if you’re looking at the table down below and thinking to yourself, How is it possible that the Block.One’s project has surpassed Ethereum, read on!

EOS started as an answer to Ethereum’s vulnerabilities

In the process of explaining one blockchain, you always get a temptation to say that it’s close to another one. As “EOS is close to Ethereum”.

While it is true, the EOS team has built its blockchain to address Ethereum’s vulnerable parts exactly. And that turned them later into biggest competitors.

In fact, this competition between two blockchains sometimes got heated so much that people even lost their nerve.

Like in the discussion around the Telegram message of Daniel Larimer’s, CTO at Block.One. 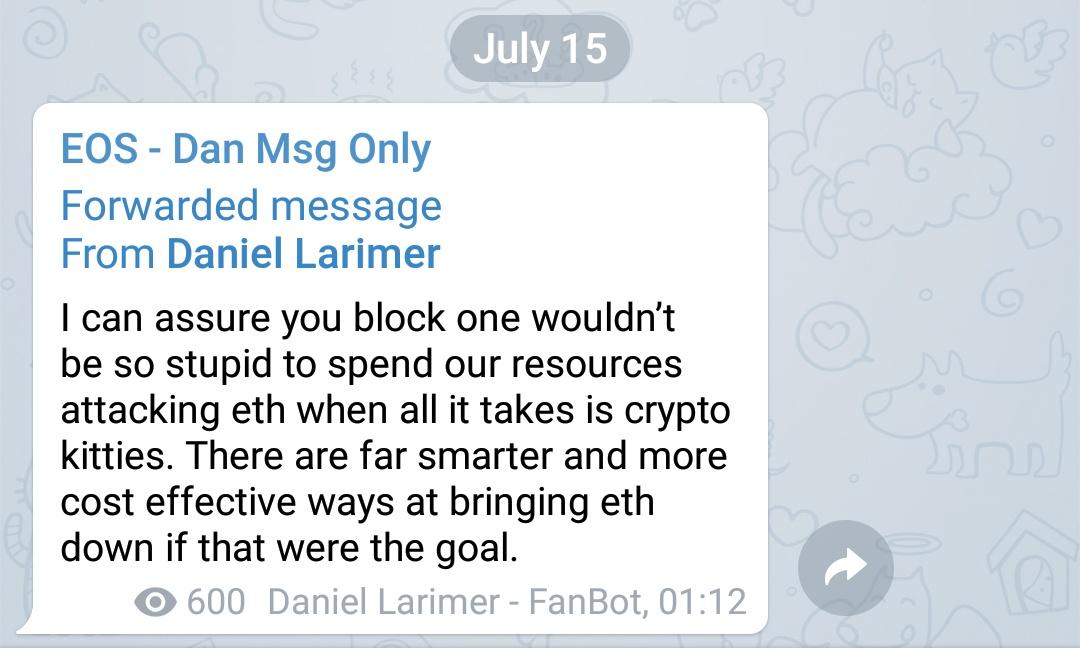 Indeed, there are. So what do you say if we take a look at these cost-effective ways to bring Ethereum down?

With Ethereum, developers have got Solidity, Serpent, LLL, Mutan or JULIA, where Solidity is the most popular option.

This is the language that was influenced by C++, Python and JavaScript, which sounds like music to developers’ ears.

But, essentially, Solidity is all new, and you have to learn it from scratch, by contrast with C++.

The blockchain built on C++, a popular and well-established programming language, sounds good, isn’t it? Guess, what it is called?

The EOS team has always wanted to build the new Internet on the blockchain where every developer could create their own DApps with no need to learn too much new information!

The wide adoption of C++ gives the incentive to the broader spectrum of developers to create DApps on EOS.

That’s why the Block.One team didn’t reinvent the wheel.

They simply created the new blockchain using an old and familiar tool.

Yes, Ethereum takes an immense amount of energy and computational usage with its PoW (the proof-of-work consensus), namely, 9.17 TWh per year.

The country closest to it in terms of annual electricity consumption is Costa Rica, which is almost 5 mln people.

On the other hand, the DPoS mechanism (Delegated Proof of Stake) that EOS has implemented, requires less energy, 0.0011 TWh.

Meaning, EOS is around 8000 times more energy efficient in comparison to Ethereum.

Like if everything above was not enough, this is the most powerful advantage EOS has got over Ethereum. See for yourself.

Visa’s average figure is 2,000 TPS (transactions per second). In theory, EOS is able to process more than 15 000 TPS, which means they’re on par with the world’s biggest payment systems!

In practice, the story looks different of course. As we’ve mentioned in our short blog on differences between EOS and Ethereum, the EOS test net hit a record of 650 TPS during stress testing with the real-world figure of 250.

This is getting more and more romantic, isn’t it? The deeper you dive into the concept of blockchain, the more new words you are about to learn.

Daniel Larimer, CTO of Block.One, has created the DPoS mechanism in an attempt to bridge the gap between all the imperfections of Ethereum and the blockchain of a new generation.

But it’s not an easy job to produce a block on EOS. Thanks, Dan, from all the noobs who tried to understand the process 🙂

First of all, token holders vote for Block Producers. What does the voting process look like?

At the outset, a user needs to start staking tokens. After three days of staking you’re allowed to vote. Then, you should sign a transaction with your private key and specify the name of the Block Producer.

Every Block Producer has an obligation to produce at least one block every 24 hours. Otherwise, they lose their power.

EOS token as it is 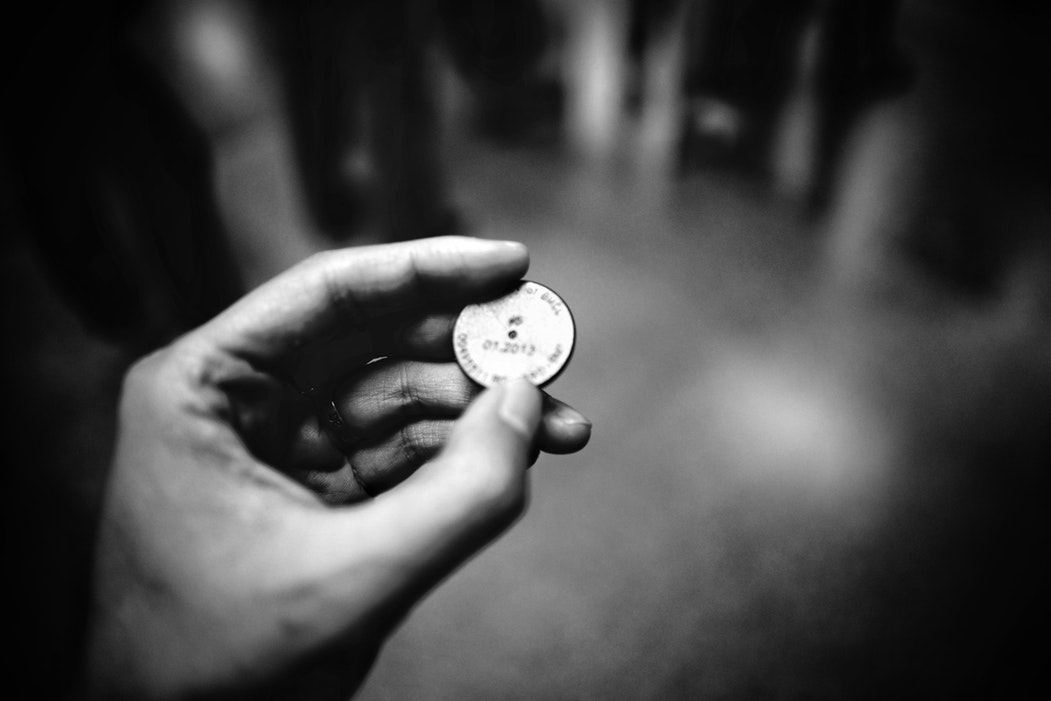 The EOS token sale hit the record mark of $4 billion in contributions, which got the whole crypto community rocking. 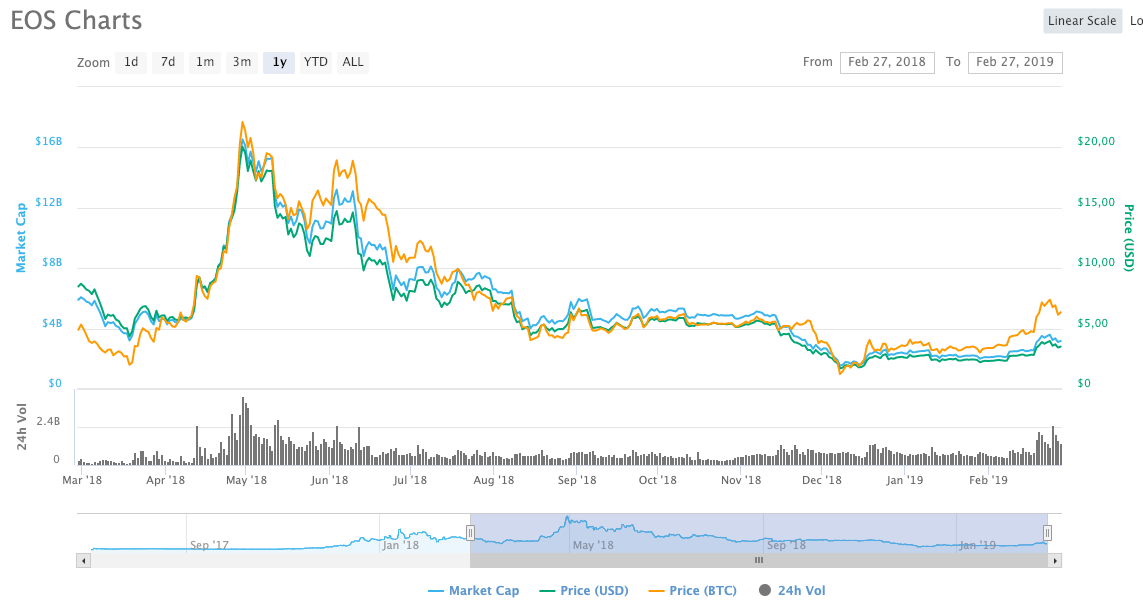 A 1-year chart for the EOS token.https://coinmarketcap.com/currencies/eos/

Based on the chart up above, we can see that the token hit its max price of $20 May 2018, in anticipation of the mainnet launch.

Where to buy and store EOS

Freeze for a second and don’t go buy all of those beautiful EOS tokens right at once. At least, do your own research, first, into how the currency works and the factors that could potentially affect its price. Those tokens can be volatile!

In fact, as a thank you for reading this article until the end, we would like to remind you not only about the volatility.

The best way to grab a hold of any tokens is to airdrop those tokens. Right? No gain, no pain!

To keep your eyes open, simply follow us on Twitter. And when the EOS airdrop happens, you’ll know.