Elon Musk: From Hero to Zero for the Crypto Community 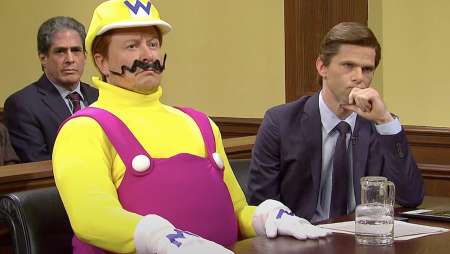 Elon Musk, the maverick billionaire, is all over the crypto news. He stirs Twitter up in a storm almost every other day, unnecessarily making crypto prices more volatile. Some are wary that Musk, the 3rd richest person on this planet, is trying to take over the crypto market. But the decentralized ethos infused within this domain might prevent him from taking complete control.

Elon Musk’s relationship with crypto is complicated with numerous fault lines. In this article, we take a closer look at one of the greatest influencers of recent times as he relates to crypto.

Musk’s tryst with crypto began in 2014 when he commented that bitcoin was probably a good thing. He had something to add, though, and claimed that bitcoin would primarily be used for illegal transactions. But, for him, the illegality wasn’t necessarily wrong because there would simultaneously be legal transactions. His theory was something like this—something can have illegal value only if it has legal worth.

Bitcoin was very young then, and Musk’s skepticism was justified to some extent. The price fluctuations lasted for three more years and remained relatively unimpressive. Yet, in this long and dreary ‘crypto winter,’ Musk seldom spoke on these matters publicly.

He suddenly appeared on the scene again in 2017, as bitcoin scaled phenomenal heights to reach $20,089 in December that year. Then, out of the blue, an article came up on Medium, claiming that Musk invented Bitcoin. Audacious! The author eventually went to work for Tesla, and Musk tweeted to say that the article’s claim was false.

In another tweet that year, he blatantly claimed that he had never heard of ‘it,’ referring tangentially to Bitcoin. But then, something changed.

“Why So Serious?”: Musk’s Involvement With Bitcoin

You must have heard the famous Joker dialogue from the Batman movie—“Why So Serious?” Well, we had the same question for Musk. There is no definite reason as to why, in 2019, he once again proclaimed Bitcoin as something “quite brilliant.” There wasn’t a reason for him to get all serious because bitcoin was performing poorly then, with prices dropping to around $7,000.

The crypto scene completely changed in a year when Tesla decided to buy bitcoin (BTC) worth $1.5 billion. This announcement came in February 2021 after a good performance by bitcoin in the wake of the Covid-19 pandemic. Furthermore, Tesla went overboard to announce that they will also accept payments in bitcoin. Musk even reportedly lamented for being late to the party.

The crypto markets witnessed a record bull run during this period, and bitcoin eventually crossed the $60K mark in March 2021. It wasn’t just bitcoin, though. Altcoins were also doing brilliantly with an upward surge in prices. But unfortunately, not for long. And then it became clear that, after all, Musk wasn’t as serious about bitcoin as he claimed.

Musk and Bitcoin: A Love-Hate Relationship

Tesla, and in turn, Musk’s love for bitcoin, was short-lived. In May 2021, Tesla announced that they would temporarily put all bitcoin transactions on hold due to energy concerns. Musk said that bitcoin usage has an enormous environmental cost, which the “energy conscious” Tesla doesn’t endorse.

According to their official statement, the company would only again accept bitcoin payments if bitcoin used sustainable energy sources. Additionally, Tesla will explore the potential of other cryptos that use a fraction of bitcoin’s mining power.

Quite obviously, it affected the crypto community deeply. For a while, Tesla was seemingly spearheading mainstream crypto adoptions. Following Tesla’s backout, bitcoin immediately dropped 12% and ultimately dropped below $30K. However, the idea that Tesla and Musk are dictating bitcoin’s price didn’t go well with the broader community.

Way back in 2019, when he started getting serious about bitcoin, he also showed interest in Dogecoin. The developer behind this coin created is as a joke to mock bitcoin’s popularity. But when Musk tweeted, “Dogecoin might be my fav cryptocurrency,” Doge’s price surged. This was not an isolated incident. Musk’s tweets influence Doge’s prices spectacularly. He has now ventured out into other meme coins as well, thereby influencing their market prices.

The crypto community isn’t taking all this in a good way. There have been mixed reactions from those involved in the domain about Musk’s price-manipulating tweets. Some have raised concerns about his real intentions, while others remain hopeful about his larger goal.

But bitcoin and crypto, in general, have a broader philosophy of non-intermediation and distributed decentralization. Elon Musk can’t keep on influencing the crypto market forever. To keep track of how the tussle pans out, keep following Airdrop Alerts.

If you’re curious what Elon’s stand on Bitcoin is, listen to “The B Word”. A live podcast including Jack Dorsey (CEO Twitter) ad Cathie Wood (ARK investment), where they will discuss Bitcoin, And how it’s a tool for empowerment.

You can find it here.

Guides News Trending
NFT Scams: Learn How To Identify And Avoid Them
3 days ago
0 1263

Blockchain Guides News Trending
Solana: The Blockchain That Grew By 2000% In 8 Months
1 week ago
0 2284
Crypto News and Airdrops, NFTs, DeFi and more