What is Bored Apes Yacht Club: The Crazy Ape Culture 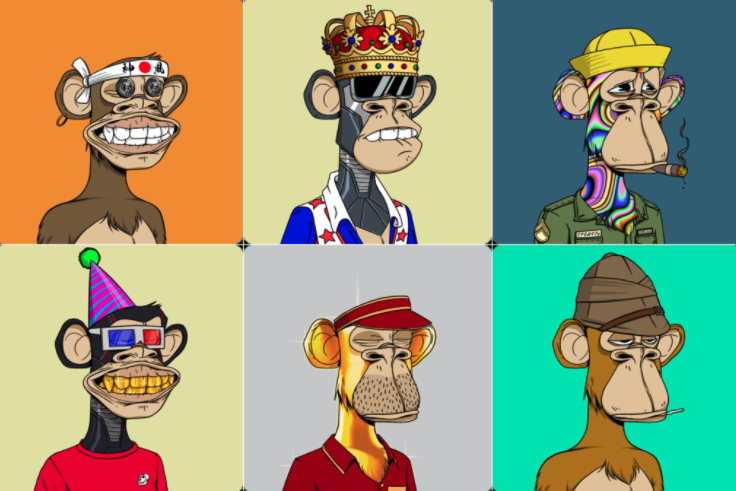 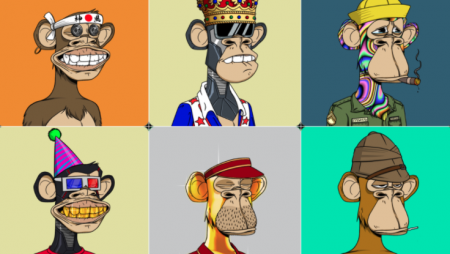 NFTs have had a phenomenal run in the first half of 2021, accumulating more than $2.5 billion in total sales. Much of the success can be attributed to the limited edition rare NFT series that is making the market go crazy. People have realized that the scarcity of Cryptopunks, Meebits, and other such NFT series hold enormous value. Keeping with the times, a new limited edition series is making ripples in the market. They are the Bored Apes.

What Are Bored Apes?

The Bored Ape Yacht Club (BAYC) is a set of 10,000 unique digital collectibles, generated randomly via computer programs. As the name suggests, these are artistic ape characters with bored expressions on their faces. Not just that, they also have different sets of headwear, clothing, and facial styles. Each of these Bored Apes follows the ERC-721 token standard and is stored securely on the Ethereum blockchain. These Apes are often used as a Profil Picture (PFP) on social media.

The Bored Apes developers believe in fair pricing structures and equal accessibility to everyone. To make the NFT community more inclusive, they have thrown open the doors to newcomers. That’s why each ape costs just 0.08 ETH, an affordable price, even for new entrants. However, the apes are selling for as high as 4,999 ETH or $132K on secondary marketplaces. Some are going as high as $195.1K as well.

Your apes are not mere collectibles. On one hand, they are of course your digital avatars. On the other hand, they are tokens for gaining exclusive access to the Yacht Club. This community-oriented project treats your Bored Apes as a membership card and grants special access and benefits to its members.

Since holding a Bored Ape equals membership, the developers have kept the prices fixed for everyone. No one is considered special just because they can pay more. So what do you do with this exclusive membership?

Well, you get access to ‘The Bathroom’, a digital community-collaborated graffiti board. If you have at least one Bored Ape in your wallet, you get access to this digital canvas. You must have come across washrooms in nightclubs full of ugly scribbles, graffiti, and of course, expletives. This is the same thing, only in a digital version.

Bored Apes holders can digitally paint a pixel on the walls every fifteen minutes. This might open up a new dimension in collaborative crypto art projects in the near future.

Yacht Club members can also avail themselves of further benefits as they move through the various stages of roadmap activations. So members can also access exclusive limited-edition merchandise from the store and are eligible for special airdrops.

About one month ago, June 18, the Bored Ape Kennel Club (BAKC) was born. They surprised the world announcing that every one of the 10,000 Bored Apes could mint a dog for free.

So basically, it was a free NFT if you held the Bored Ape NFT already.

The BAKC dog will not necessarily resemble an owner’s ape. However, some believe there will be unique Ape & Dog “pairs”, that will be very alike.

Currently the floor of the BAKC is approximately 1.5 ETH.

Meebits Vs. Bored Apes: Clash Of The Titans?

Bored Apes is not the only limited edition NFT series to have released this year. Meebits, from the house of LarvaLabs, have also made some noise in the market. Interestingly, these two NFT series are now up in arms against each other.

What started out as a joke in the NFT community soon became serious competition. NFT influencer, Pranksy and NFT artist, Beeple have joined in, with their own version on how it is panning out.  So let us find out on what grounds Meetbits and Bored Apes differ and where the rivalry is heading towards.

To begin with, Meebits consists of 20,000 3D characters as against 10,000 2D characters from Bored Apes. But what made them stand apart was their pricing policy.

The first allegation against Meebits was that it belongs to an “elitist crowd”. That is because 9,000 Meebits were sold at 2.5 ETH which came to around $8,000 at that time. Very few people could actually afford to pay such an amount.

On the contrary, Bored Apes were available for just 0.08 ETH ($270 dollars in May) making them accessible for everyone. Twitterati was full of tweets that came down heavily on the steep Meebits pricing.

The other thing that differentiates Bored Apes is its strong community-oriented approach. Their egalitarianism and emphasis on club membership with special benefits make them stand apart from Meebits.

In the secondary marketplace, both of them have been tussling against each other. The most expensive Meebits set new records by selling for 1000 ETH ($2.1 million). The highest that a Bored Ape sold for was $195K.

‘A Planet of The Bored Apes’

NFT art is subjective and the market scenario changes abruptly. But if we go by the 30 days sales volume, then Bored Apes is ranked 2nd with total sales of $37,381,931.76. Meebits is way behind ranking 7th on the list. But we believe this hype will ultimately drive NFT adoption and that isn’t such a bad thing. For more updates, keep following Airdrop Alerts.

The Apes made it to our list of 10 different animal PFP NFTs, check out the other 9 here.