Popular Rappers are FOMOing into NFTs 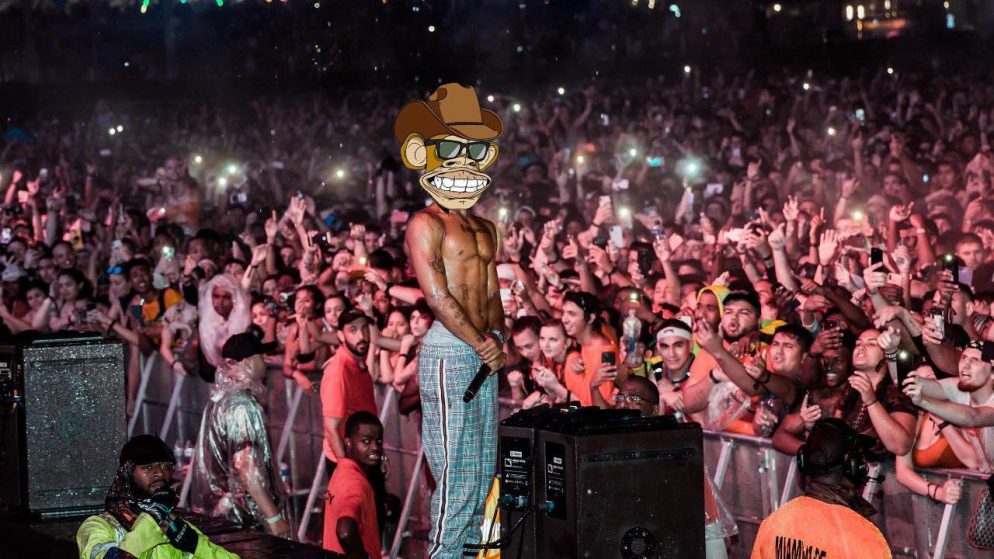 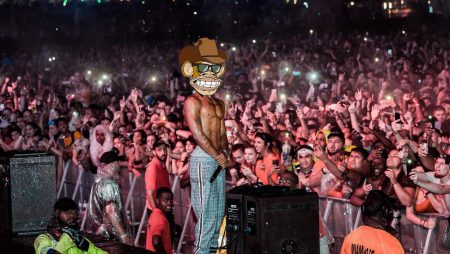 The extensively escalated popularity of Non-Fungible Tokens (NFTs) clearly became evident last year. From commercial giants and fashion studios to sports legends and Hollywood celebrities, everyone wanted a piece of these tokenized goodies. With this, the frenzied NFTs gained considerable pop-culture dominance, especially in the music and trend affluent society of rappers. Here’s a list of the top 5 rappers who FOMOed their way into the NFT community.

‘Wiggling’ and ‘Rolling’ his way into the tokenized arena, this Dogg did not originate from a joke. The epitome of controversially laid-back, Snoop Dogg does not shy away from diving headfirst into exclusivity. That was exactly what he did with NFTs.

Toward the end of Q3 2021, the rapper baffled the crypto community by unveiling his disguised identity as NFT kingpin. He was using the alias Cozomo de Medici. This Twitter handle that quickly gained social media attention in lieu of its multi-million dollar NFT collection turned out to be Dogg himself. However, Snoop Dogg did not stop at a mere reveal. Soon after revealing himself as an NFT whale, Dogg spent nearly $4 million in ETH on a single piece of tokenized brilliance from the digital artist XCOPY.

Prior to this reveal, Snoop Dogg even launched his own line of NFTs as celebrities were busy launching apparel brands. NFT entitled “A Journey with the Dogg” celebrated the rapper’s initial years in the industry. It was accompanied by an original track “NFT” dedicated to the tokenized sphere’s evolution. Additionally, Snoop Dogg dropped yet another collection towards the end of last year named the “Decentral Eyes Dogg”, minted on SuperRare that catered particularly to the elite section of the industry given its exceptionally expensive price tags.

Next on the list is Mr. Carter aka Beyonce’s Beloved, Jay Z. Along with changing his Twitter Display Picture to that of a CryptoPunk worth $126,000 in ETH, Jay Z simultaneously launched his own collection commemorating his debut album — “Reasonable Doubt”.

However, it would be unfair to the audience if this was all from Jay Z’s end. The hip-hop world comprises innumerable scandalously infamous moments and Mr. Carter’s first NFT collection without a doubt added one more to the already lengthy list.

Jay Z and Damon Dash’s collaboration on his first-ever album faced legal trouble from Dash’s so-called company — Roc-A-Fella Records. The company sued Dash for selling the copyright of Reasonable Doubt as an NFT, claiming that Roc-A-Fella owned the album itself, therefore Dash had no legal right to sell the NFT.

Hollywood and Selena Gomez’s former ‘Starboy’, The Weeknd entered the NFT sphere with a bang both, financially and creatively. His collection titled — “Acephalous” consisted of limited edition 8 digital artworks, also featuring an unreleased song by the singer accompanied by the fluctuating 3-D model of his head that was sold for an extraordinary amount of $490,000 on Nifty Gateway.

Furthermore, the Weekend’s upcoming weekend plans comprise of yet another NFT collection. This time around in collaboration with Billboard, celebrating the success of his song “Blinding Lights” which made it to the No. 1 song on Billboard’s Greatest Songs of All Time Hot 100 Chart for straight-up 90 weeks.

Slim Shady has a newfound interest after vicariously loving the way Rihana lied. Eminem has always had his eyes set on the trendiest of the lot, be it creating one of the catchiest Marvel superhero themes or purchasing the most premium NFT of his time.

The self-proclaimed Rap God recently became one of the reasons for BAYC floor price hike after he bought the NFT dedicated to him titled — “EminApe” depicting Eminem in Bored Ape form, carrying his OG look with a gold chain and camouflaged cap. Real-life Eminem purchased his tokenized self for 123.45 ETH, amounting to over $450,000. This may not be the most expensive NFT purchase, but Eminem’s exclusive entry into the arena flooding social media with speculations about the rapper going all in sooner than later.

Yes, DJ Khaled has been having some wild-wild thoughts. No, not about Rihana. How does she fit in every rapper’s NFT introduction? Nevertheless, Rihana is finally out of the picture and the Bored Ape Yacht Club NFT collection is in and is here to stay.

The party popular, Khaled bought his first NFT at a party too. BAYC member Austin Rosen caught the rapper on camera buying a Bored Ape at his own birthday party. Following this, another video of Khaled went viral where he was declaring the tokenized arena as the “new world”.

There are several other rappers entering the NFT scene. You can find more in this tweet from Niftify:

NFTs are not the next big thing in the west and the far east, they are the present big deal which may become an overused feature like the internet. As the tokenized sphere keeps growing bigger and better taking on more mainstream roles, NFTs may soon become a generation’s most wanted accessory. Especially when the majority of their pop-culture ideals will either own NFTs or sell them or both. So, FOMOing your way in today like these rappers may not be worse than spending millions on a perishable luxury product.

Follow us on Airdrop Alert for more NFT related news and giveaways. And make sure to check out CryptoRut’s latest video on how to get on NFT whitelist.