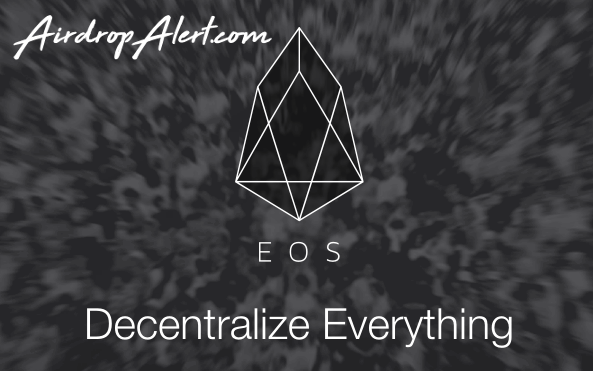 The experienced Airdrop hunter is well aware of the diversity in the type of Airdrops. Most common Airdrop requires the participant to perform various social tasks where tokens are rewarded. The very first Airdrops however did not work like this at all. Oyster Shell (SHL) for example took a snapshot of the blockchain to see how many Oyster Pearl (PRL) each individual holds. Based on the quantity of PRL held, SHL tokens are automatically deposited to your wallet, with you having to do anything for it. In this case, all you had to do is own PRL tokens to receive SHL tokens.

ICO’s typically run a token sale to fund their cause, alternative to this approach is the free distribution of their minted tokens. Instead of rewarding the minted tokens based on how much an invidivual has invested, the amount of primary tokens held (Oyster PRL) is used as a reference point to determine the amount of new Tokens rewarded (Oyster SHL). Ratio’s vary from 1:1 distribution or even 1:1000. Once the new token is listed on an Exchange, the team will sell a portion of the minted tokens to fund their agenda. This is an alternative business approach to running an ICO.

Bitshares (BTS) and Steem (STEEM) are two examples that make use the blockchain technology to realize decentralization. EOS is a platform to create decentralized apps for developers, using the open-source MIT software called EOSIO. Dan Larimer, CTO of Block.One recognized Bitshares and Steem to be lacking customizability and programability, which is why Dan Larimar decided to create EOS and consequently Block.One. Dan anticipates far more use-cases of the blockchain in the future with their own community to solve problems we are facing today. This is how Block.one came into existence which is a publisher of open-source software as well as decentralized applications, which should make it easier for developers to realize their vision. In other words, if Block.One proves to be a feasible solutions for developers to launch their blockchain-enabled decentralied app, it will cause an influx of EOS based Airdrops. Block.one facilitates the development and publication of the EOSIO software, where Dan Larimar is the CTO of.

This type of Airdrop involves in the free distribution of a new token based on how many EOS tokens you hold. The token distribution of the EOS itself has ended on June 1st 2018. These tokens were initially distributed over the Ethereum blockchain, in other words, EOS is an ERC-20 Token. On June 2nd all EOS tokens became fixed (non-transferable) to determine which address owns how many EOS tokens, called Genesis Snapshot. In addition to this, holders were required to register their ETH address before June 2nd in order to receive the EOS Mainnet coins, operating on EOS’s own blockchain. The EOS MainNet blockchain is currently in the process of being booted up. More information about the registration of your ETH address can be found in this medium article. It is no longer possible to register your ETH wallet containing the ERC-20 EOS tokens, if you haven’t done so could lead to the loss of all your EOS tokens.

What if you don’t have EOS and want to buy some?

Several Exchanges including KuCoin have announced to support the transition from EOS to EOS MainNet, this means that if you buy EOS with bitcoin for example, th

at exchange will take care of the conversion of EOS to EOS MainNet, at this time it is not possible to transfer EOS tokens. Once the MainNet is up and running, you can withdraw your Exchange-bought EOS MainNet cryptocurrency to your own EOS Wallet with the associated EOS Address and EOS Privatekey.

At this time, the EOS Airdrops that are already announced mostly make use of the Genesis snapshot taken on June 2nd to establish how many EOS the holder owns. The airdrop will then take place once the EOS MainNet blockchain goes live. From this moment onward, ICO’s can determine how many EOS a holder owns anytime, since the blockchain would be live and the genesis snapshot will no longer be used as a reference point.

Is EOS Airdrops a temporary hype or will it be the new standard?

The ultimate goal of EOSIO is to make it easier for developers to launch their decentralized blockchain app using EOS’s blockchain. Once this goal is achieved, more blockchain applications on EOS’s network will follow and consequently EOS based Airdrops will too. The development of the first EOS applications will be the determining factor whether other start-ups will follow them in their footsteps. If Block.One does prove to be reliable method of launching blockchain apps, startups will opt for EOS Based Airdrops to announce their project and create a community.

Do you own EOS or will you purchase some EOS on exchanges? Subscribe to AirdropAlert and follow her Social Channels to receive updates when there is an EOS based Airdrop for your free crypto’s. Follow AirdropAlert Twitter, AirdropAlert Telegram and AirdropAlert Facebook.

News NFT Trending
Elon Musk, Twitter, Ape PFPs, And Everything In Between
1 week ago
0 1229
Crypto News and Airdrops, NFTs, DeFi and more