Elon Musk, Twitter, Ape PFPs, And Everything In Between 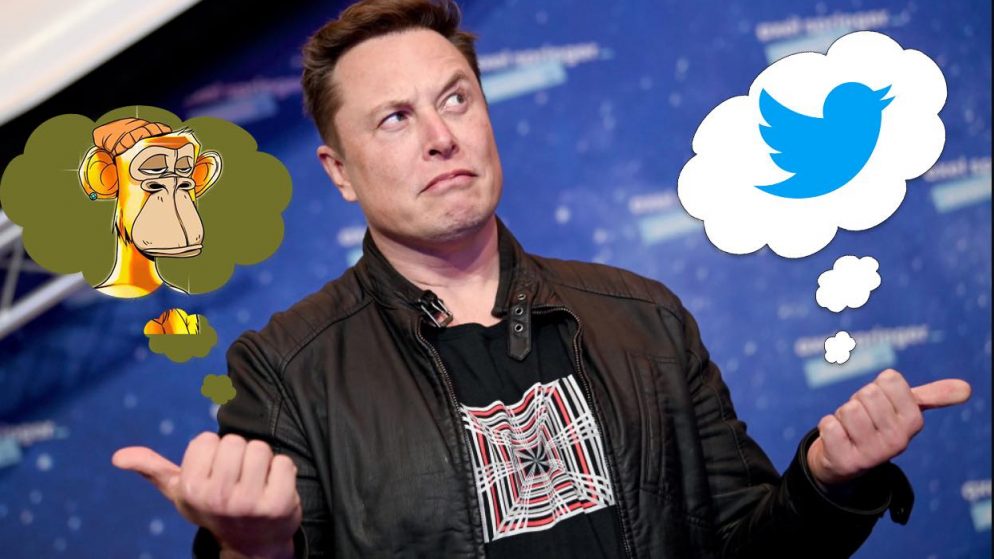 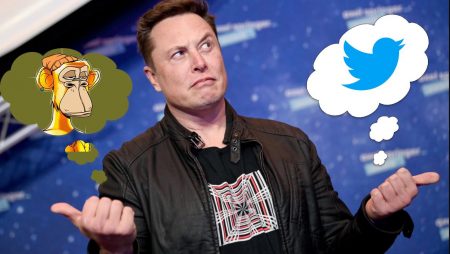 Tesla CEO, Elon Musk — or as the crypto community addresses him, the Doge Daddy — broke news sites after his recent multi-billion dollar shopping spree. But before we dive into how Musk is so rich and cool but also kind of strange and frightening, let me give you a quick recap of how Musk is even relevant to crypto. But to be honest? If you don’t already know this then either make a Twitter account or delete it. Because as of now, either is serving no purpose to you, fren.

For starters, DOGE may not have the most psych-tech backing it. However, it has made its place in Elon Musk’s heart and how. Remember last June’s B-Word conference where Musk looked like he was on some expensive exotic substance? Yep, that one! So, Musk had already claimed his affection for DOGE multiple times on Twitter. However, the B-word saw Musk explain ‘Why Doge?’. Hey, don’t get too excited, cause spoiler alert, he just finds it funny and wants in on the joke, man.

Anyway, at the B-word 2021 conference, Elon Musk revealed that SpaceX and Tesla held Bitcoin (BTC). He also elaborated on why he held DOGE in his personal crypto portfolio. So this rich Tesla dude was like — the dogecoin community is “irreverent”, and they also make these hilarious memes, and surprisingly enough, Musk likes both — “dogs and memes”. Hence our guy decided to just buy a bunch of these tokens; because such concrete financial advice is exactly what we need for the cryptocurrency sector to be taken seriously.

With that out of the way, let’s get to the point.

Now we have determined that Musk likes to buy stuff for the sheer purpose of irony, jokes, and fun. So, let’s move on to his latest purchase — Twitter. Yeah, you heard it right. Musk just bought Twitter for… drumrolls… $44 effin billion.

And like his DOGE explanation, he had an explanation for his Twitter purchase as well. However, this time around the focus shifted from gags and laughs to freedom is fun. Earlier this month, while speaking at the TED 2022 conference in Vancouver, Musk explained why he bought Twitter. He said one of the biggest reasons was his urge to provide a platform that encourages and enables free speech.

Musk said — “I invested in Twitter as I believe in its potential to be the platform for free speech around the globe, and I believe free speech is a societal imperative for a functioning democracy. Twitter has extraordinary potential. I will unlock it.” He added that “Twitter has become kind of the de facto town square. So it’s just really important that people have both the reality and the perception that they’re able to speak freely within the bounds of the law”.

How Noble and Just is this man? Oh, and by the way, a few weeks after this announcement, Twitter banned DeFi protocol Aave founder Stani Kulechov’s account for joking about joining Twitter as interim CEO. Yeah so, where was I with Musk’s just and not even a little hypocritical personality? Hey, stop making gossip out of routine Twitter guidelines because Musk is rich and funny, and is better than Gary Gensler. So move your criticism along!

So, last month, Elon Musk announced that he plans to acquire Twitter. Following this, the world’s largest cryptocurrency exchange along with a Venture Capital giant and several eminent industry players hopped on this Tesla ride to get a piece of the money cake. A month after declaring his intentions, he received support worth roughly $7.1 billion from a long list of deep-pocketed investors. The list included notable names like Binance ($500), Sequoia Capital ($800 million), Andreessen Horowitz ($400 million), Qatar Holding ($375 million), Fidelity ($316 million), DFJ ($100 million), and Larry Ellison ($1 billion) according to a 13D filing with the SEC.

Ape PFPs And Musk Being Musk

We have hit the realization that Musk has no filter or fear of criticism. You don’t believe me yet? Well then, did you forget when Musk “right click saved” a BAYC collage PFP, used it as his Twitter profile photo, and then called it “kinda fungible”?

But hey, I will give you a shit explanation too for my personal bias toward Musk and why I think he understood the crypto assignment. Unlike all the popular faces in the traditional financial sector (honestly nobody knows their faces, its just names, dude), Musk stepped up and made crypto so much more palpable, less scary, and simply approachable (even if he totally manipulated the crypto market multiple times to make a profit). So, I have sheer gratitude for this rich, funny, and kind of messed up in the head, Tesla dude.

What are your thoughts? 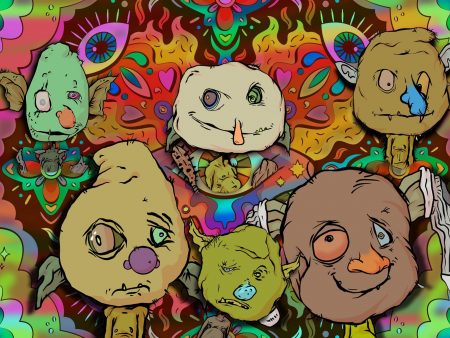 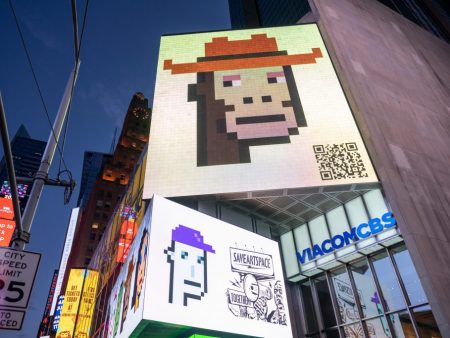