NBA Top Shot: The NFT Game That Is Making Headlines 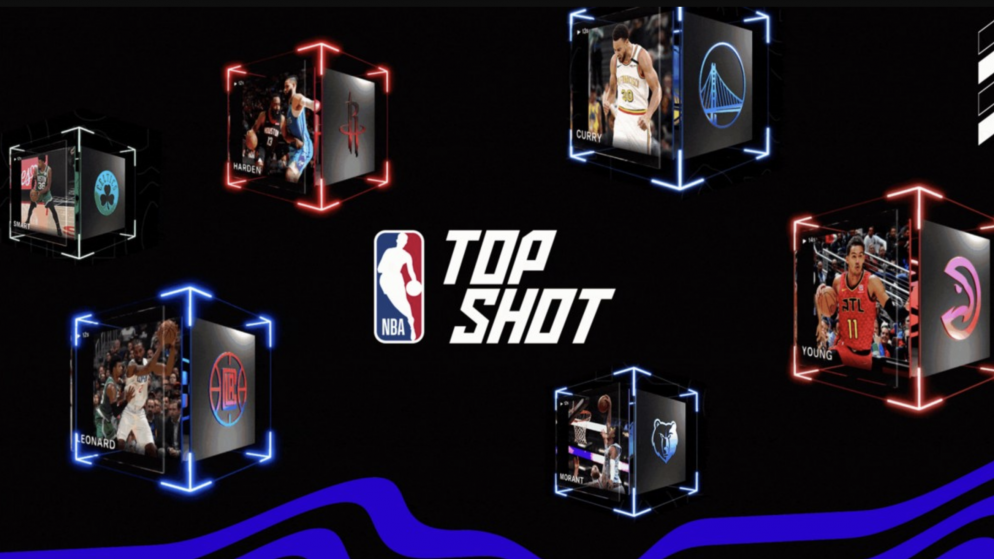 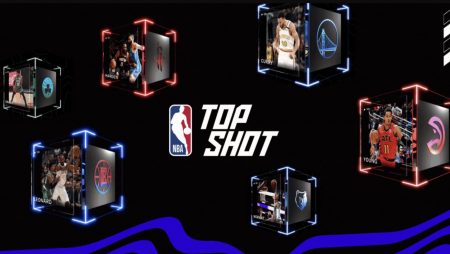 There was a time when card games were common among school kids. From football to cartoons and WWE, the card games covered it all! There used to be a craze among youngsters to collect these unique cards and collectibles

Today, we have card games in the virtual world where blockchain enables you to rightfully own and trade cards in a peer-to-peer and decentralized fashion. Non-fungible tokens (NFTs) have made these virtual trading cards unique so that no two persons will hold the same unique card. And all of it can be proved with the help of ownership records stored on a blockchain.

NBA Top Shot is one such NFT game that has taken the crypto world by storm and a total of 534,606 people own these NBA Top Shot NFTs. With a record $670,168,245 in sales, it now ranks 2nd among all NFT games in terms of sales volume.

What is NBA Top Shot?

NBA Top Shot is a blockchain-powered platform for trading and transacting unique and licensed video highlights. The National Basketball Association (NBA) and National Basketball Players Association (NBPA) collaborated with the popular Dapper Labs to develop NBA Top Shot. Dapper Labs, which built the legendary CryptoKitties, is a trusted brand in the crypto domain. Their decision to work with one of the most popular sports brands in America was indeed a historical one.

If you love collecting unique items and are a fan of basketball, NBA Top Shot offers you the opportunity to rightfully own highlights of a game. These highlights, also known as ‘moments,’ are ranked according to the video quality, player’s stardom status, and rarity of the card that represents the highlight. And the prices vary accordingly with the ‘Common’ cards available for $9 and the ‘Legendary’ ones beginning at $230.

To get your hands on one of these cards, you need to be quick to click on the purchase link when the card packs go live for sale. Upon doing so, you get a spot on a digital queue and have to wait till your turn comes. These cards are also available for transactions on secondary NFT marketplaces. Now you must be curious as to how costly they can actually get. Well, let’s find out!

The Most Popular and Expensive NBA Top Shot NFTs

But it is important to know that the bulk of the sales doesn’t come from these rare and costly cards. Dapper Labs CEO, Roham Gharegozlou, has gone on record to say that is not the case. In his words, “…out of the four and a half-ish million transactions on the marketplace in the past few months, over 3 million have been less than $50.”  Thus, at the end of the day, NBA Top Shot remains accessible to the vast majority of users.

But this has only been possible because of the blockchain on which NBA Top Shot is developed – Flow, which Dapper Labs developed specifically for such digital asset classes.

There are certain characteristics of Flow that make it the perfect choice for developing NFTs. First, the chain is sharding-proof, meaning there is no chance of duplicating NFT ownership. Second, they have focussed on scalability to offer faster, more secure on-chain transactions.

This developer-friendly blockchain also comes with payment onramps for a seamless consumer experience. Developers use Cadence, a simple programming language to develop their applications. On the other hand, consumers make the most of their smart user accounts and preventive security measures.

It’s not just NBA Top Shot that is associated with Flow. Other famous brands like Warner Music Group, Samsung, Dr. Seuss, and CryptoKitties are all part of the Flow Community.

What The Future Holds For NBA Top Shot?

NBA Highlights can be found anywhere on the internet. So, the obvious question is, why do people spend hundreds and thousands of dollars on them? The reasons are multifarious. One, they are unique and each ‘moment’ with its serial number can be owned by a single person only. Two, the fact they are officially licensed by NBA gives it unparalleled legitimacy. In a way, they have reinvented trading cards and revolutionized them.

NBA Top Shot NFTs can be a great way to enter the cryptocurrency domain. Those who can’t afford to buy costly cryptos can definitely spend $9 on an NFT. With its speculative power, they could be sitting on a potential goldmine. However, NBA Top Shot must resolve the Bot activity, Pack drop delays, and on-platform money withdrawal. Overall, NBA Top Shot is up for a glorious future ahead!

News NFT Trending
NFT Loans: Cryptos Bleed But NFTs Can Get You Loans
1 month ago
0 4852

News NFT Trending
NFT Dip – What Can You Invest In Today
2 months ago
0 5935
Crypto News and Airdrops, NFTs, DeFi and more