WTF is GoblinTown, The Biggest NFT Surprise Of 2022 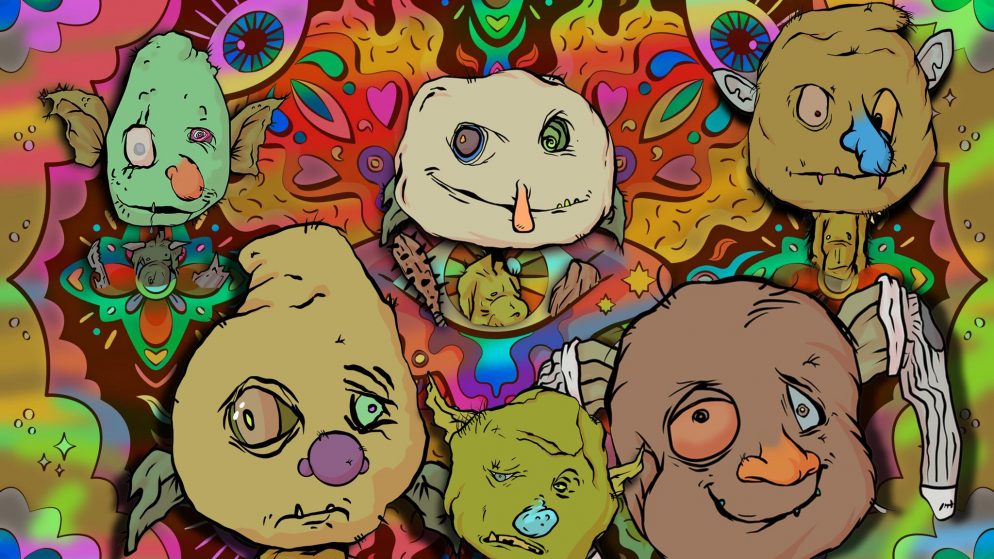 One of the biggest surprises for the NFT space in 2022 was the GoblinTown NFTs. Although the year began with a number of NFT collections mooning and VC money pouring into NFT projects, nothing was as odd as GoblinTown. No one could have imagined that a free mint NFT collection would skyrocket to millions of dollars in sales. And that too without hype, a roadmap, or a huge following. In fact, all they started with was a Twitter account with a few thousand followers. Their account now stands at over 123K+ followers.

And not to mention the project’s goal. The collection was made just to troll anyone who thinks Bored Apes, Mutant Apes, Moonbirds, Clone X, and Invisible Friends are serious collections. The idea behind GoblinTown, in some ways, was to make it an anti-NFT project but its rapid popularity made it the most desired NFT collection. So, while it launched as a free mint, it is now one of the most successful NFT projects. GoblinTown has now become a part of the culture, with people acknowledging it as an experience.

From Free Mint to 9 ETH Floor

Any NFT project you’ve come across has the same story: users mint NFTs for a price, and then the floor either moons or crashes. Adding to this are some obvious factors like marketing, airdrops, community building, utility, etc. Ultimately, all of these ideas contribute toward the success of an NFT collection and thus the price. However, in the case of GoblinTown, things were different. These 10,000 different Goblin PFPs started as a free mint, with people who purchased at public auction just having to pay the transaction fee.

But, things changed when Goblins took it to the crypto Twitter with their weird spaces, boosting the floor price to a massive 9 ETH. This was also accompanied by the transaction volume mooning to over 40,000 ETH. The most expensive goblin sale was a one-of-one orc NFT that sold for 77.75 ETH ($144,600) on LooksRare.

Adding spice to this craze was The Sandbox game which paid 26 ETH ($48,000) for a one-of-one GoblinTown NFT. The collection sparked a lot of interest in several communities. According to OpenSea data, the GoblinTown collection now has 4,600 holders, with a floor price of around 2.8 ETH.

McGoblin Burger NFTs – The Next Odyssey

GoblinTown launched without a roadmap and continues to do so today. However, the project appears to be heading in the direction of airdropping a new collection as the next phase of GoblinTown NFTs. The McGoblin Burger NFTs is a new collection that users can mind freely by all existing NFT holders. To your surprise, the new collection is now trading at a floor price of 0.9ETH, with a total transaction volume of over 3,800 ETH. The Goblin’s next Odyssey continues! With over 3800 holders, the collection has already achieved a major milestone. The collection will likely add more utilities for benefiting holders, thus hinting at its next move.

The Eerie Backstory of GoblinTown

Every project or idea has a backstory, and GoblinTown NFTs were no exception. They do, however, have a weird story that has brought them to where they are now. The plot of GoblinTown began strangely, showcasing artworks of crooked-faced goblins babbling nonsense. Their 193 different features and descriptions provided on OpenSea are all Goblin blurbs. And adding to this confusion was the unknown crew behind GoblinTown Twitter spaces that were completely hosted in Goblin-Gibberish.

All of this weirdness and ambiguity aided its marketing efforts, allowing the collections’ prices and volumes to soar. Even though the team was kept unidentified, there were rumors that Michael Winkelmann alias Beeple was a member of the Goblin Town team. Yuga Labs (the web3 business behind BAYC) was also rumored to be involved in the project because their purported pitch deck featured Goblins on the roadmap.

All of the rumors, however, were dismissed when the team behind Goblin Town revealed themselves as members of Truth Labs in a video. Truth Labs, the company behind Illuminati Collective and The 187, was the real goblins behind the project.

The entire idea began with so much confusion and weirdness that no one is able to foresee what will happen next for the project. There are no utilities, frameworks, or documentation. In fact, there’s literally nothing to look forward to. Although the team is completely doxxed, there is still confusion and, obviously, no roadmap. The whole NFT Twitter is just speculating on its next plans while the GoblinTown NFT holders are collecting their Free McGoblin NFTs.

News NFT Trending
NFT Loans: Cryptos Bleed But NFTs Can Get You Loans
1 month ago
0 5493

News NFT Trending
NFT Dip – What Can You Invest In Today
2 months ago
0 6540
Crypto News and Airdrops, NFTs, DeFi and more