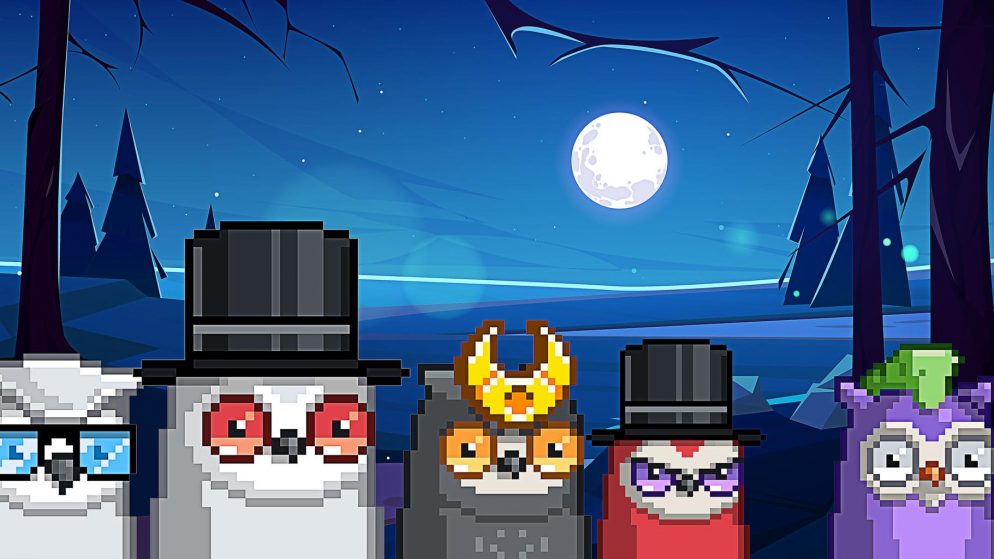 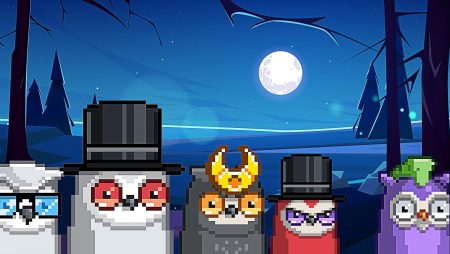 The NFT land is full of surprises. You never know what will become the next big thing on Crypto Twitter. It could be anything from a bunch of apes to cartooned pixelmons. The latest thing is a group of owls dubbed Moonbirds. This recently launched Ethereum-based NFT project has soared to the top of the trading volume rankings, with $290 million in sales in just four days.

Currently, it sits next to highly successful compilations such as Azuki, Bored Ape Yacht Club (BAYC), and CryptoPunks. The volume gap is in fact noticeable on the 30-day chart. The Moonbirds NFT sales figures are 52% ahead of Azuki’s $189.3 million and 76% ahead of BAYC’s $164.6 million.

Even DappRadar stated that the Moonbirds #7963 NFT sold for 135 ETH, or $410,000, making it the ninth-largest sale of all NFT collections in the previous week.

Moonbirds’ journey to the mysterious millions began with a raffle. It had allocations for three different groups including the general public, proof members, and the project’s team. The public raffle assured access to mint or produce Moonbird NFTs upon release. According to the official website, each raffle winner was granted one mint for having 2.5 ETH in their wallet.

Proof Collective members could enter the raffle as well. But they were promised two Moonbirds for every Proof membership NFT in their possession. This does not come cheaply, though, since each membership NFT has a starting fee of 130 ETH or about $383,795 at the time of writing.

The total number of Moonbirds available for raffle winners was 7,875 where 2,000 were for Proof Collective members, and 125 for the Moonbirds team for distribution. Then came the launch, and the price movement rocketed from 2.5 ETH to a staggering 29 ETH in only a few days. While the floors are still rising, the collection has already made history in terms of record sales.

More Coming for the Owls

The Moonbirds NFTs are on a similar path to that of BAYC. The project’s roadmap is stunning. And the collection offers a long list of privileges: access to future drops, an exclusive club membership, and merchandise, as well as early access to the upcoming “Project Highrise” metaverse.

Besides the wide range of premium utilities, Moonbirds’ amazing team adds to its value significantly. The project is backed by the PROOF Collective which includes Kevin Rose, a tech entrepreneur and the founder of Digg. Web3 investors Justin Mezzell and Ryan Carson are also involved with Moonbirds.

Undoubtedly, Moonbirds are being hailed as a turning point for NFTs. It is one of the first really successful ventures that is proud of its identity. Even the team has been quite clear with their intention with the collection. It’s just the beginning, though, as the project has a lot of exciting things planned ahead.

If you’re priced out of these NFTs, but you like birds. Go have a look at our deep-dive into Nonconformist Ducks.

For more such exciting NFT news, follow us at AirdropAlert. We’ve got more alpha than the whole crypto space.

News NFT Trending
NFT Loans: Cryptos Bleed But NFTs Can Get You Loans
3 months ago
0 11069

News NFT Trending
NFT Dip – What Can You Invest In Today
4 months ago
0 11700
Crypto News and Airdrops, NFTs, DeFi and more