End Of The Bitcoin Bull Run: Will BTC Cross $100K Ever? 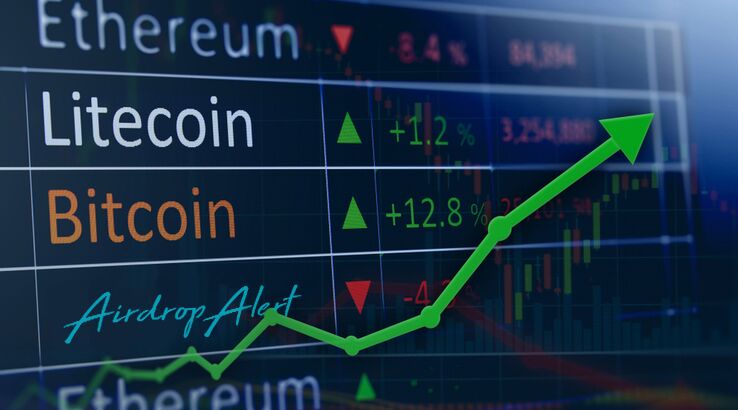 Bitcoin, the oldest and largest cryptocurrency, has been going through a rollercoaster ride ever since the beginning of 2021. At one point, the bull run led bitcoin to cross all barriers and reach its all-time high price of $65K. But then it plunged to a low of $30K in just 30 days. Amidst all this astounding price volatility, some analysts insisted that bitcoin will cross the $100K mark.

A lot was happening at the end of Q1 2021 that resulted in crypto prices shooting through the roof. Mainstream crypto adoption, from companies like VISA, PayPal, and Tesla were driving up BTC prices. Governments too were slowly getting into bitcoin investments. All these culminated in the bitcoin bull run that finally saw BTC getting to $65K.

However, when the situation looked pretty grim, an announcement from El Salvador turned everything for the better.

From September 2021, bitcoin became a legal tender and for all kinds of transactions in El Salvador. Which they celebrated by airdropping free BTC to its citizens. The country’s President, Nayib Bukele, also introduced a government crypto wallet called Chivo. He announced that anyone who downloads the wallet will get $30 in BTC absolutely free. Given that there are approximately 5 million adults, the Salvadoran government needs to buy around $185-$195 million in BTC.

Once this announcement spread through the crypto community, BTC prices started picking up again. As an immediate consequence, bitcoin saw a 5% jump. The El Salvador government was successful in using the price discovery process to stabilize and improve bitcoin’s market performance.

Ever since this government announcement, bitcoin slowly started recovering its lost position. At one point in August, it crossed the $50K mark, and is now trading at $44.5K. Some analysts are more bullish about bitcoin prices and predict a crazy high by December 2021.

Bitcoin Price Predictions: Anything Between $100K-$450K?

When it comes to BTC price predictions, investors often look up to PlanB’s Stock-to-Flow (S2F) model. S2F calculates the abundance of a resource and predicts a future price for the asset. According to PlanB, the real bitcoin bull run is far from over. Way back in March 2021, he predicted that BTC prices could go up as high as $288K by December 2021. Everything was going “like clockwork” till then.

But with bitcoin’s bear summer, PlanB never lost sight of the larger target. Even after bitcoin prices crashed by 50%, he insisted, “$288K still in play”. PlanB considers that the prices are not mere speculation but comes from a mathematical certainty.

Of late, he made an even bizarre claim. If things go well then BTC can touch $450K by December 2021. But even if that doesn’t happen, in the ‘worst-case scenario’, BTC will hit $135K. He has predicted that BTC will hover around $47K in August, $43K in September, and then jump to $63K in October. It will finally rise to 98K in November and finish at $135K in December. Quite surprisingly, PlanB’s ‘worst-case scenario’ is still functioning “like clockwork”

PlanB is not the only one to pin hopes to BTC reaching $450K. Anthony Pompliano, the CEO at Morgan Creek Capital has also predicted bitcoin prices reaching anywhere between $400K-$450K. But one simply can’t avoid the skeptics in crypto town. According to them, “bitcoin winter” isn’t far away.

Should You Brace For A Long ‘Bitcoin Winter’?

One such skeptic is Bobby Lee, the former CEO of BTCC. He thinks that BTC will rise to $300K but then the bubble will burst. History shows that “bull market cycles come every four years” followed by a long and dreary crypto winter. Moreover, some analysts who trust the Wyckoff redistribution scheme believe that bitcoin might hit as low as $20K.

However, if you ask us, we aren’t so skeptical. Our hunch tells us that the bull run will continue for some time. After all, PlanB’s model has never failed so far. However, it is indeed difficult to predict the right price for bitcoin.

In the case of investing, think long-term and have proper risk management and exit strategy. Prepare for the worst, while you hope for the best.

News NFT Trending
NFT Loans: Cryptos Bleed But NFTs Can Get You Loans
3 months ago
0 11494

News NFT Trending
NFT Dip – What Can You Invest In Today
4 months ago
0 12114
Crypto News and Airdrops, NFTs, DeFi and more