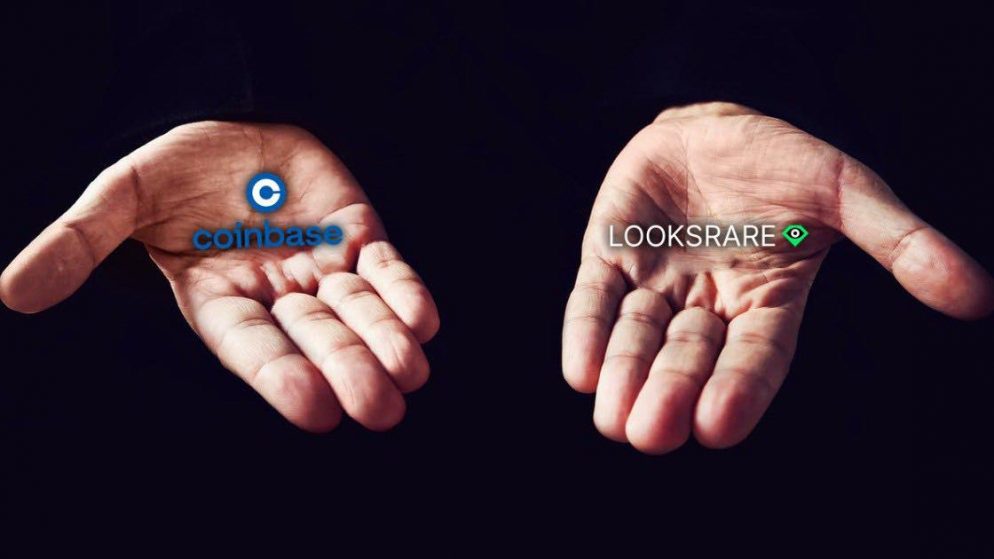 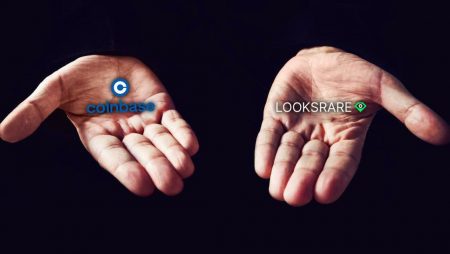 The cryptocurrency market has been in the red since the New Year, but the market for Non-fungible tokens (NFTs) has been prospering. According to data compiled by The Block Research, NFT trading volume nearly tripled in January to $6.86 billion, up from $2.67 billion in December. The market is witnessing skyrocketed growth with thousands of projects emerging daily. Many platforms have come out of thin air offering their own version of NFTs.

OpenSea (or recently known as BrokenSea) started the revolution in this space in early 2021 with tremendous volumes and sales. It showcased one of the best NFTs from all around the world. From BAYC to Cryptopunks, OpenSea powered them all. However, a long time has passed and things have become more difficult, with Opensea failing on several instances. The platform’s exorbitant costs with receiving 2.5% of NFT sales has caused outrage among creators on the platform.

Those who believe in the idea of Web3 and decentralization also express concerns about OpenSea’s continued display of centralization. The example of OpenSea recently freezing 16 NFTs stolen from Todd Kramer, proprietor of New York’s Ross+Kramer Art Gallery has shown the roots of centralization. Similarly, OpenSea’s practice of delisting NFT artists’ collections without notice has added to the wounds.

With so many issues, OpenSea is already facing backlash from the web3 community. Even the increased competition in this arena has resulted in artists and projects failing to present their work to the relevant audience. However, there is hope emerging with hidden NFT gems like LooksRare and Coinbase NFT making waves in the market.

LooksRare on a Rage Mode

LooksRare, which launched as a community-first NFT marketplace, appears to be well received by NFT traders. That was visible in the fact that it attained billions worth of trading volume within a few days of launch. In reality, to strengthen its position as a popular trading platform, it attempted a vampire assault on OpenSea, a phrase used in decentralized finance (DeFi) to describe a competitor’s attempt to seduce customers by giving stronger incentives.

The platform also had a smart strategy in place to entice OpenSea users to try out LooksRare as it offered $LOOKS airdrop to all users with a total trading volume of 3 ETH or more on OpenSea between June and December 2021. Further, LooksRare also boasts of a fairer pricing structure than rival OpenSea. It also provided token rewards to users who bought and sold NFTs on their platform, which resulted in a large number of wash-trades.

In addition, they also added staking on their platform with high APY, which many NFT traders are taking advantage of.

However, the hype around LooksRare also drove massive wash trades, whose volume has now crossed  $8 billion. The majority of these wash trades came from NFTs without any royalty costs for secondary sales. The key drivers of the platform have been Meebits ($4.4 billion), Terraforms ($2.9 billion), Loot ($7.05 billion), and CryptoPhunks ($251 million).

Coinbase NFT is The Next Big Thing

Coinbase is preparing to build an NFT marketplace that will compete with current significant companies in the sector, such as OpenSea, and has announced a customer waitlist for the desktop product, which it wants to deploy by the end 2022. The platform’s vision is to make it easier than ever to mint, buy, display, and find NFTs. They are making NFTs more approachable by designing user-friendly interfaces that hide the complexity behind the scenes. Moreover, they are introducing social features that will open up new channels for conversation and discovery.

Mastercard has also partnered with Coinbase’s NFT project to enable people to purchase these assets with a few clicks. Similarly, Adidas has also planned to issue a large number of NFTs in collaboration with Coinbase NFT, which will go live following the marketplace’s introduction.

Even Pixel Vault has also been added to the Coinbase NFT’s roster of partners. The IP giant is set to contribute to the value of NFTs with its own DAO. Not only that, it has already launched their NFT effort called the Punks Comics, a popular collection that has managed to reach a floor price of 3.33 ETH and a volume transacted of over 42.5K ETH.

Finally, numerous well-known NFTs have joined the platform, with Bored Apes, Cool Cats, Lazy Lions NFTs and more being one of the projects set to roar in the marketplace. Ultimately, Coinbase NFT collaborations have been enormous and are expected to rise considerably in the coming months.

You can join their waitlist for early access here.

And here’s a little preview:

The breakthroughs in the NFT domain are only the tip of the iceberg. Coinbase NFT, for example, has more than 2.5 million customers waiting even before its official launch. The year 2022 is going to be monumental for NFTs. With all the developments happening, it has become increasingly difficult to keep track of things. And, platforms like Airdrop Alert are striving hard to provide the best alpha in the NFT and crypto space.

The NFT fun has only begun!