China is Going NUTS on Cryptocurrencies

Two years ago, China declared a war on anything related to cryptocurrencies.

The government banned Initial Coin Offerings (ICOs), shut down crypto exchanges, and the media did a very good job of presenting cryptocurrencies as a tool that helps criminals do things like money laundering.

Despite being critical to cryptocurrencies from the very beginning, China remains one of the major players within the cryptocurrency market, and its decisions can affect the entire industry.

Recently, however, some signs of truce began to surface, and it seems that better days are coming for the crypto industry in China.

The things have changed

One of the most important signs came from the Chinese president Xi Jinping, who said that China should step up research and development of the blockchain technology, saying:

“Blockchain should play a bigger role in strengthening Chinese power in cyberspace, developing the digital economy and promoting socioeconomic development”.

He also added that blockchain technology is an ”important breakthrough”.

But the things didn’t end with those words. The Chinese government conducted a series of studies regarding the use of blockchain technology in sectors such as Internet of Things, Big Data, Artificial Intelligence, etc…

And, as you probably know, China has already announced the development of its own, national digital currency.

Also, things are getting better online. CNLedger, a cryptocurrency news resource that focuses on China, revealed that ads on blockchain courses now can be seen on popular apps and social media platforms.

Some sources even claim that China is removing online posts claiming that blockchain technology is a scam.

Moreover, there is some good news for bitcoin miners in China. Apparently, the government doesn’t consider bitcoin mining undesirable like it did in the last year.

And here is the best part.

What does Libra have to do with it?

Of course, Libra can’t be missed out from the game.

Many analysts believe that Facebook’s Libra led China to speed up the creation of its state-backed cryptocurrency.

Moreover, China wants to challenge U.S. dominance in blockchain technology, and now, when U.S. lawmakers are slowing down and criticizing Libra, is the perfect time.

It seems that China has finally stopped cracking down on cryptocurrencies and joined the blockchain game. One of the reasons for that may be that blockchain is part of China’s plan to become high-tech superpower.

However, although Chinese officials said that blockchain is the future, they also pointed out that it should be kept rational, without all the hype.

Crypto News Trending
The Rise of Dogecoin: Power to the People
7 days ago
0 1945 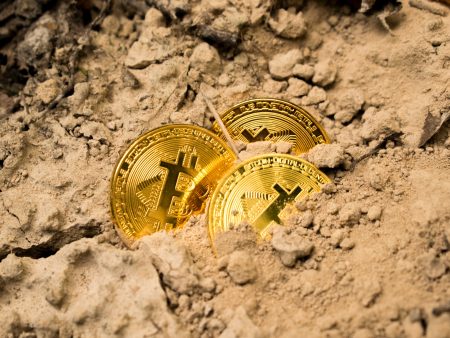