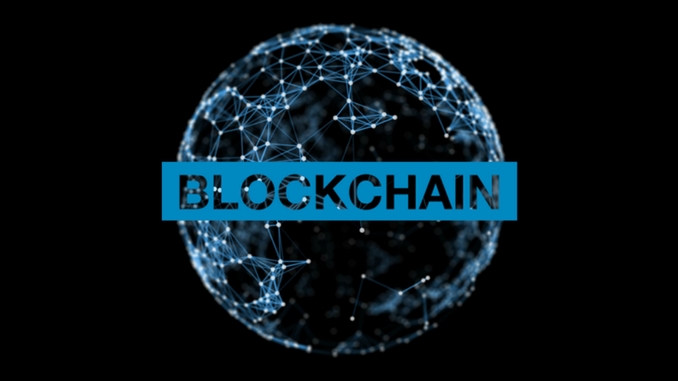 While you’re reading this blog post, somebody in the Hollywood Hills is probably plotting the script about cypherpunks, Satoshi Nakamoto and Bitcoin. But why all that fuzz around just a technology, mind you?

Because bitcoin, put simply, is one of the most interesting stories of the decade. See for yourself how it shows all the signs of a good movie: mystery, , conspiracy theories, a nice chunk of change, massive impact on the economy and at least one character larger than life. But why wait for the premiere? On all that and even more, you can read in the following piece. Besides, Bitcoin turns 10 years old this November. Isn’t it a good reason to take a look back at the best parts of the story?

November 1, 2008, has quietly marked a turning point in the digital history of Earth. That day Satoshi Nakamoto sent his/her/their(?) paper on Bitcoin to a mailing list of people who called themselves cypherpunks. 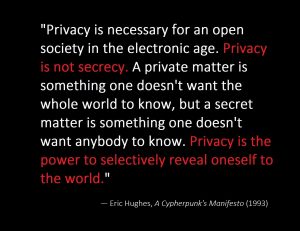 Always smart, always sceptical, cypherpunks were the community of people that had been working on the anonymous digital cash protocol like billy-o for, at least, 15 years before Bitcoin emerged. Satoshi’s technology turned out to be a newborn baby of the ecosystem those people had created.

You’re saying, Satoshi could be one of those guys?

Right. He could. Of course, we don’t exactly know who he is, but we know that Bitcoin is consistent with cypherpunks’ groundwork and worldview.

What else do we know about cypherpunks?

The movement started in 1992 when a computer scientist John Gilmore, a mathematician from Berkley Eric Hughes and Intel’s employee Tim May sat down in the bay area to discuss a few urgent programming and cryptographic matters. Their friends joined the discussion, and this one-time Glass Bead Game evolved into a monthly meetup. 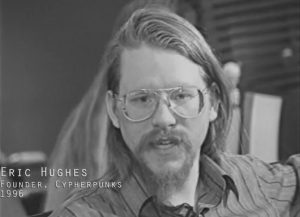 At the gathering, attendees discussed not only cryptography, mathematics and science but also politics and philosophy. And because the number of participants grew, they have decided to set up a mailing list which would reach out to cypherpunks in the outer world.

To build the list, the future cypherpunks used PGP, a novel encryption method at a time. Slowly, toward the end of the 20th century, the mailing list turned into a platform to propose and test cyphers on a daily basis.

Just imagine this group of visioners gathering together in 1993 to turn the whole world upside down:

When I purchase a magazine at a store and hand cash to the clerk, there is no need to know who I am. When I ask my electronic mail provider to send and receive messages, my provider need not know to whom I am speaking or what I am saying or what others are saying to me; my provider only needs to know how to get the message there and how much I owe them in fees …….. Therefore, privacy in an open society requires anonymous transaction systems. Until now, cash has been the primary such system. An anonymous transaction system is not a secret transaction system. An anonymous system empowers individuals to reveal their identity when desired and only when desired; this is the essence of privacy. (Eric Hughes, A Cypherpunk’s Manifest0, 1993)

Among the cypherpunks were Wikileaks‘ Julian Assange, Jacob Applebaum, who developed the anonymous browser Tor, and Bram Cohen, the developer of the distributed file-sharing platform BitTorrent. 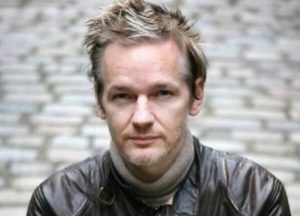 So, cypherpunks came up with the components Satoshi pieced together, right?

Not exactly. Think of the Bitcoin protocol as a puzzle consisting of pieces. Merkle, Lamport, Koblitz and Miller articulated the most important technologies for Bitcoin in the 70s and 80s. Later, in the 90s, cypherpunks started playing with the idea of an anonymous cash system, slowly working towards the day when Satoshi put all those pieces/technologies together.

This is the list of technologies used in Bitcoin. 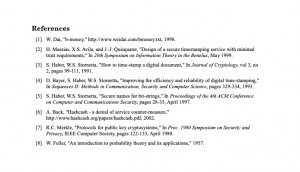 But cypherpunks brought us closer to Bitcoin as it is today… or did they?

Sure, they did. Simply by pursuing the idea and not giving up on it for so many years in the row!

In 1997, British cryptographer and cryptohacker Adam Back created Hashcash, an anti-spam mechanism which would make sending of spam unprofitable. A sender would have to prove that they had expended computational power to create a stamp in the header of an email. If you’re experiencing the aha-moment right now, we hear you. This is very much similar to the proof of work use in Satoshi’s Bitcoin and from the pic above you can see that he took up Adam Back’s idea. 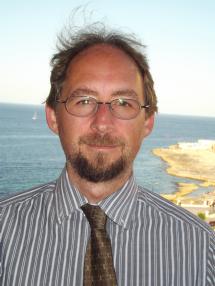 Adam Back, courtesy of cypherspace.org

In 1998, Wei Dai described another part of the future Bitcoin. According to his paper, in the world where the governments are forbidden, “every participant should maintain a separate database of how much money belongs to each pseudonym. These accounts collectively define the ownership of money”. Sounds familiar? That’s right, Satoshi took Wei Dai’s ideas into consideration, too. 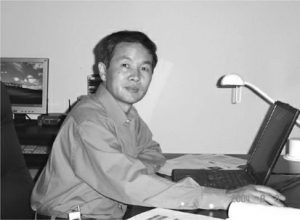 In 2004 and 2005, a couple of other cypherpunks mailing list subscribers Hal Finney and Nick Szabo contributed to the development of the protocol. They’ve introduced, respectively, Reusable Proofs of Work and Bitgold.

To understand Bitcoin, is it important to know who Satoshi is?

Actually, not very important, but everyone is asking 🙂 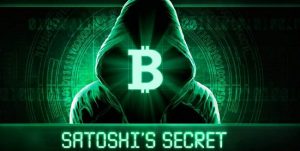 All we know about Satoshi so far is not very much.

On April 26, 2011, Bitcoin creator wrote his last email to a developer of the Bitcoin client software at a time, Gavin Andresen,

“I wish you wouldn’t keep talking about me as a mysterious shadowy figure, the press just turns that into a pirate currency angle. Maybe instead make it about the open source project and give more credit to your dev contributors; it helps motivate them.”

On receiving this email, Gavin Andresen informed Satoshi that he had been invited to speak to an organisation under the CIA.

To that Satoshi never replied. In fact, from there on, multiple theories started circulating around the founder of digital gold, and various personalities popped up as prospective Bitcoin designers.

I still want to know who he is, I really, really do

All right, we hear you. Read on.

August 2008,  the U.S. Patent Office received an application from Neal King, Vladimir Oksman and Charles Bry. The application had a title, Updating and Distributing Encryption Keys and described a cryptographic mechanism very similar to what was later called Bitcoin.  Although all three inventors later denied their involvement with Satoshi Nakamoto, the very same day they got their patent, somebody registered the domain bitcoin.org. What is noteworthy, the unique and rare phrase from the application was also found later in the paper written by Satoshi himself — “computationally impractical to reverse.”

What’s the difference between Bitcoin and Blockchain?

Quick answer: Bitcoin is built on the Blockchain technology, but Blockchain is much more than Bitcoin.

Think of all those cypherpunks looking for independence from the government. They only started with the money which is Bitcoin, but they would never leave it at that. Agree? Bitcoin is simply the first app on Blockchain, still, Blockchain has got greater capacities.

To understand Blockchain, think of a database. What is a database? Basically, it’s information organized as a collection of data. We use databases all the time: in hospitals, in schools or in banks. The question is simple: are you OK with the fact that Facebook owns a billion-people database? Is it normal that Google knows you better than your mother? Do you want mobile operators to claim your private data every time you sign a contract? If you answered “no”, at least, to one of those questions, probably, Blockchain is for you. Why? Because databases built on distributed decentralized blockchains belong with no-one and with everybody.

Do you want more tech details?

OK. Bear with us and follow the magic green color! It will help you understand. All databases generally fall into two categories, distributed and centralized ones. Stop here for a moment and let it sink in. Here we go again.

All databases generally fall into two categories, centralized and distributed ones.

Let’s focus on distributed databases. Are you still with us? Good, because you’re so close! So, think of that one big corp. Visualize a spacious cellar stuffed with machines running cool. This big corp has got the distributed database receiving information on different servers. But, in fact, those servers belong with one company, thus, this distributed database is consolidated under one roof. Let’s recap.

Distributed databases can belong with one company.

All right, one last thing. In comparison to distributed databases that belong with one company, distributed decentralized databases have no vendor or vendors to provide services. In this case, there is no cellar stuffed with servers to receive information and quietly put it on hold. Instead, there are millions of users out there who simply interact with each other with no third parties in between them.  With this kind of database, when you purchase a magazine at a store and hand cash to the clerk, he doesn’t know who you are. When you ask your Internet provider to send and receive messages, they don’t know to whom you’re speaking or what you’re saying or what others are saying to you; your provider only needs to know how to get the message there. Sounds familiar with the cypherpunks’ manifesto? Because this is what cypherpunks gave us and this is blockchain.